Alan Tacher Feingold (Mexico City, Mexico, March 28, 1971) is a Mexican television host and entertainer known for being the host of La Academia on TV Azteca, as well as 1, 2, 3 x Mexico and Hoy, both on Televisa. He is currently the host of Despierta America on the American network for Latinos Univision. He is Mark Tacher’s brother.
He gained recognition in Mexico after hosting four seasons of the musical reality show La Academia de Televisión Azteca, which produced such personalities as Yuridia, Carlos Rivera and María Inés Guerra.

Alan Tacher revealed some details about his relationship with his ex-wife, Lois Andrea Silvana, mother of his first three children. During one of the segments of the program Despierta América, the host shared his opinion about the possibility of maintaining a friendly relationship with an ex-partner, using his own experience as an example.
“It’s something that happens to me, I live it. I have a wife and I have an ex through my children. So it’s a cordial relationship. It’s not going out to dinner, or eating together, but there are people who do it. There are people who get along wonderfully with their ex, they go out to dinner and start talking,” he commented.
“There are cases in which they all go on vacation together, I know people like that. I don’t want to say it myself, but it’s something Galilea Montijo tells you. She has a very nice relationship with her husband’s ex-wife. They get along wonderfully, but to such an extent that they even go on trips, eat lunch and dinner together. They get along very well,” she explained with a smile.

Alan Tacher had managed to form a true love nest next to his children and his first wife, Lois Andrea Silvana; however, sometimes love does not last forever and this couple decided to divorce.Getty Images / Ideal ImageThe divorce hurt Alan’s family a lot.As it happens most of the time, Alan’s children were the most affected after the divorce, especially his eldest daughter, Hannah, who decided to take the role of protective mother and take care of her little siblings after Tacher’s departure.
After suffering the divorce, Alan’s children received a big surprise: their father already had a new partner whom he loved deeply, Cristy Bernal. As time went by, Alan discovered that Cristy was the love of his life and decided to organize the most romantic marriage proposal in history.Getty Images / Ideal Image
Alan’s new family.Alan and Cristy wasted no time and started creating their own family very soon. In February 2018, the couple welcomed their second child. Although it was not easy for the driver’s older children to accept their father’s new partner, now they all live together very happily.

A few hours ago: vehicle ( impacts the house ) from

Every time he has the opportunity, Alan Tacher shares through his social networks how happy he is when he can spend time with his three oldest children, the fruit of his marriage to Silvana Lois, and on this occasion the host was pleasantly surprised because his daughter Nicole gave him a very special and emotional recognition.
In her message, Nicole acknowledged that although she has sometimes argued with Alan, he always ends up with a smile on his face. She also assured that she feels very fortunate to know that no matter what problems she is going through, her father will always be willing to help her get through it. 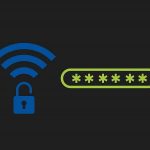 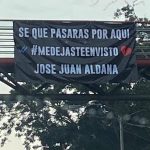